You are here: Home Projects Watchtower with slide 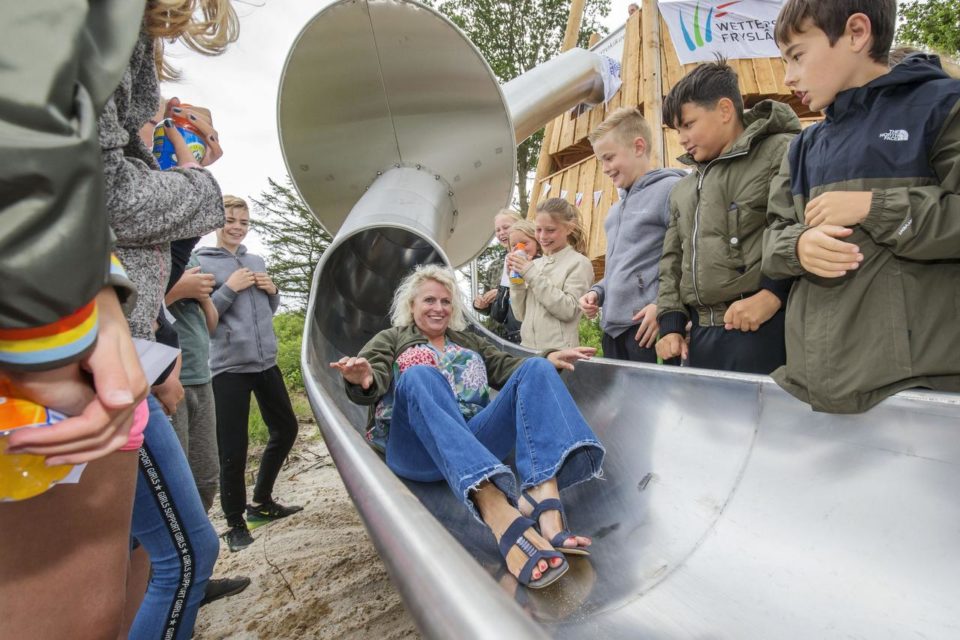 How cool is it that you can design the new watchtower? For the students of OBS De Bôge it became even better: their design was realized.

A wooden frame with slide, that was their greatest wish. The students of ROC Friese Poort Drachten started working on this design. They designed and built the new tower as the final assignment for their studies. IJslander worked closely with the students and supplied the slide and slide rail.

The new watchtower is on the Hemrikkerscharren (The Netherlands). The Hemrikkerscharren is a habitat of 81 hectares for insects, butterflies and dragonflies and gives room for nature. From the tower you have a view of the rivervalley. The nature development is completed by placing the tower. The festive completion took place on 3 July 2019 and both the tower and the nature reserve were officially opened. During the opening, the new watchtower also received its name: Skarrekiker. This name was invented by one of the primary school students. 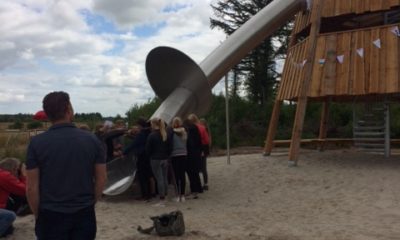 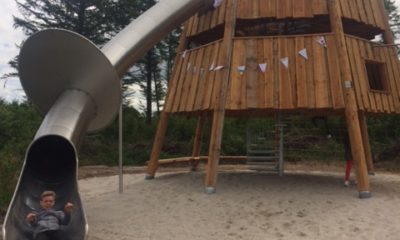