You are here: Home Projects ‘Old-fashioned’ slide in the Ballenfabriek in Volkel 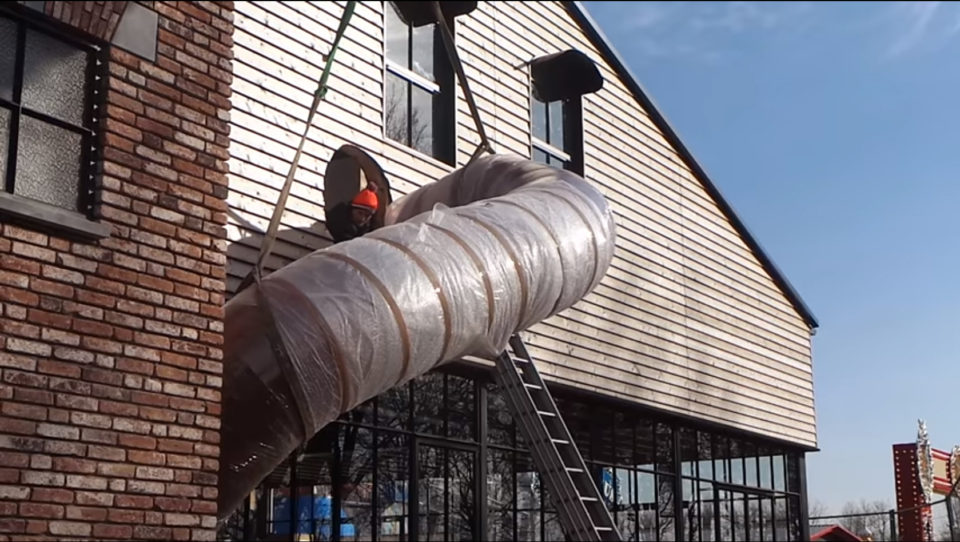 ‘Old-fashioned’ slide in the Ballenfabriek in Volkel

A new attraction, the Ballenfabriek (Ball factory), opened in Volkel this spring. This indoor play paradise is part of BillyBird Park Hemelrijk. And as the name suggests: everything in this factory revolves around balls. Over 15,000 balls are released and move up and down via moving parts or are pumped around.

Sliding in the factory

The attraction is designed and built like a real factory. Nothing is old, but everything feels old-fashioned and has a touch of nostalgia. In order to get to work (read: play at the factory), children clock in, to go in the factory where there is space everywhere to climb and clamber. The exterior also feels like a factory. The black window frames and the black chimney pipe suggest that the factory has been standing for ages. The ‘rusty’ slide also contributes to this picture.

In order to match the slide with the factory look, the slide has been specially treated. Just like all the outdated places and pictures in the factory are fake, these are made by a painter. Also the rust on the slide is not real. The slide has a special brown coating, with the texture of rust. It looks and feels like the outside of the slide is rusted, but the big advantages of a coating is that it does not flake off, doesn’t discolor and is safe.

The making of videos of the Ballenfabriek show how the play paradise came about. In the third video (see also below, only available in Dutch) the presenter walks around the factory and the placing of the slide is in the movie at 0:22. And almost at the end, the designer of the Ballenfabriek tests the slide (2:32). Who’s next? 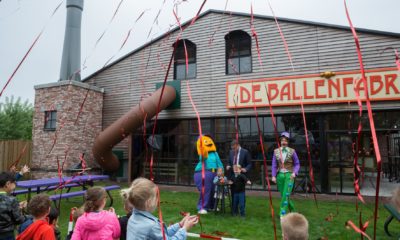 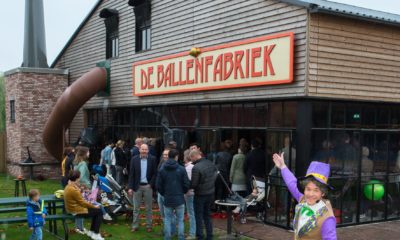 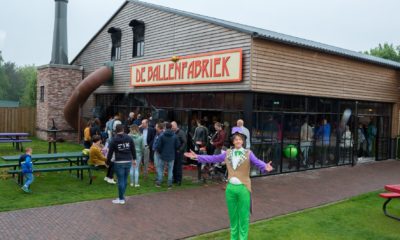