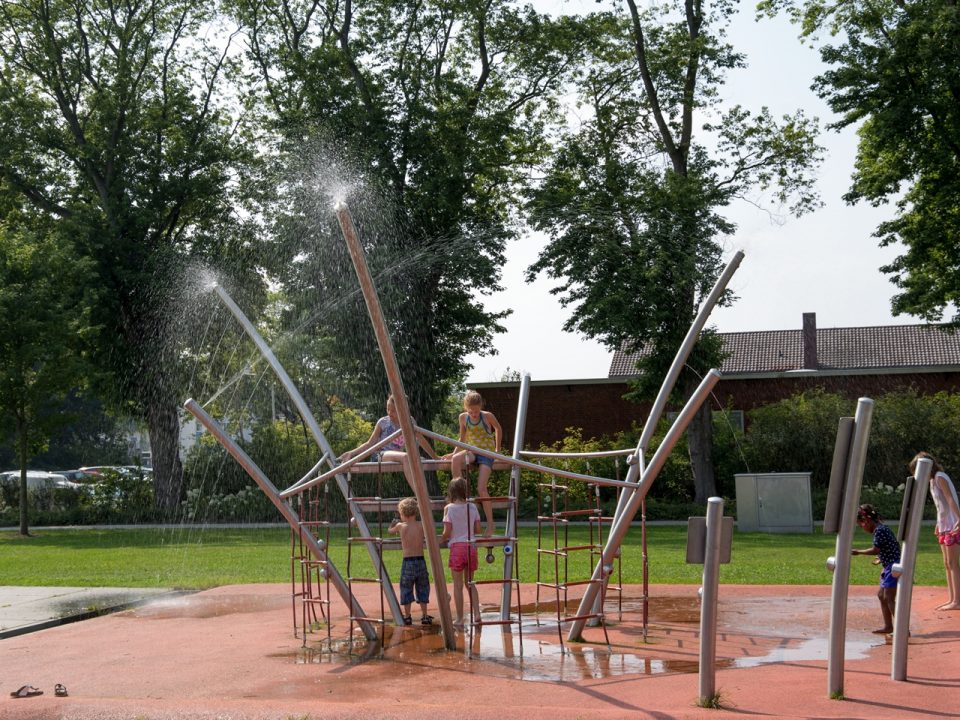 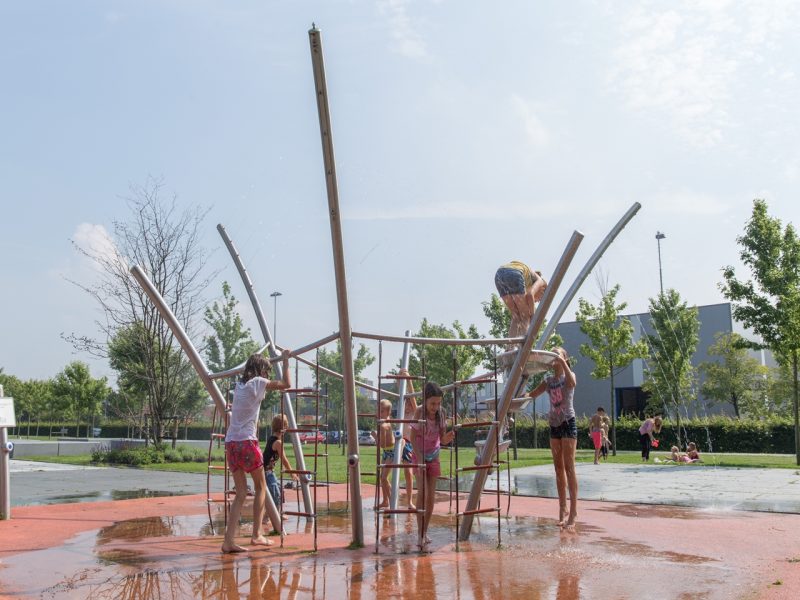 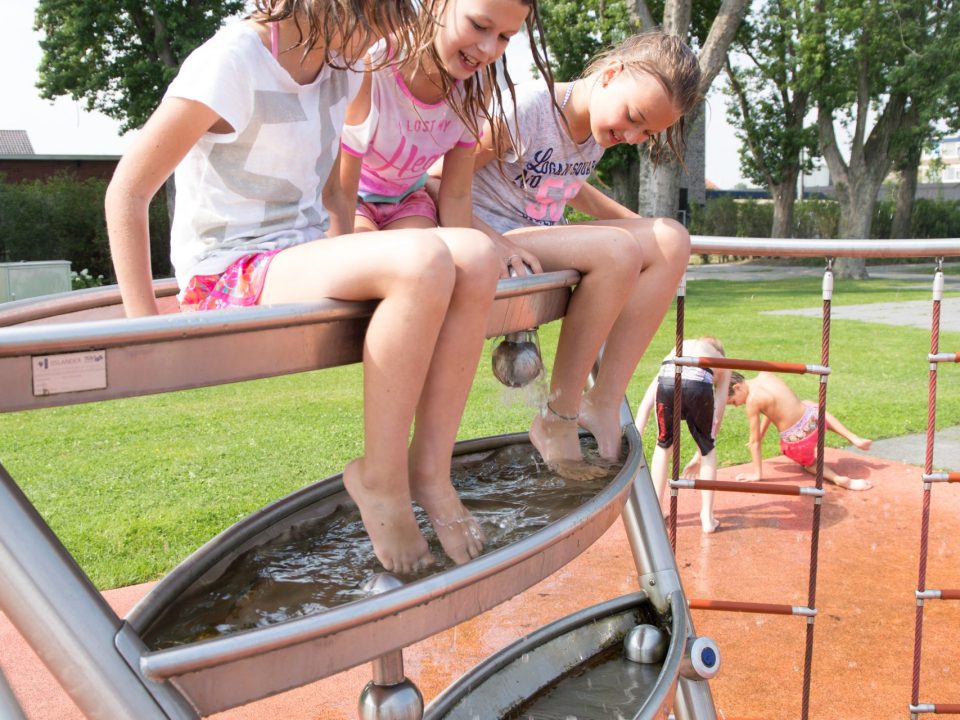 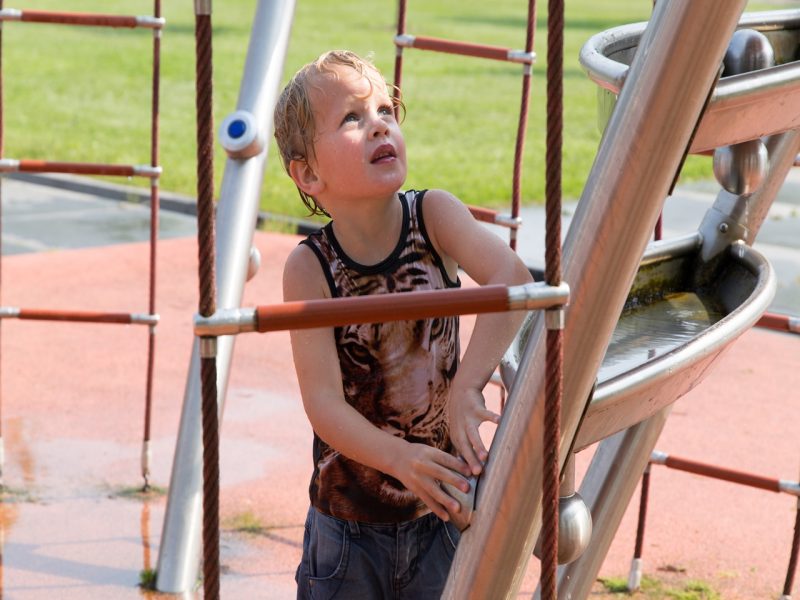 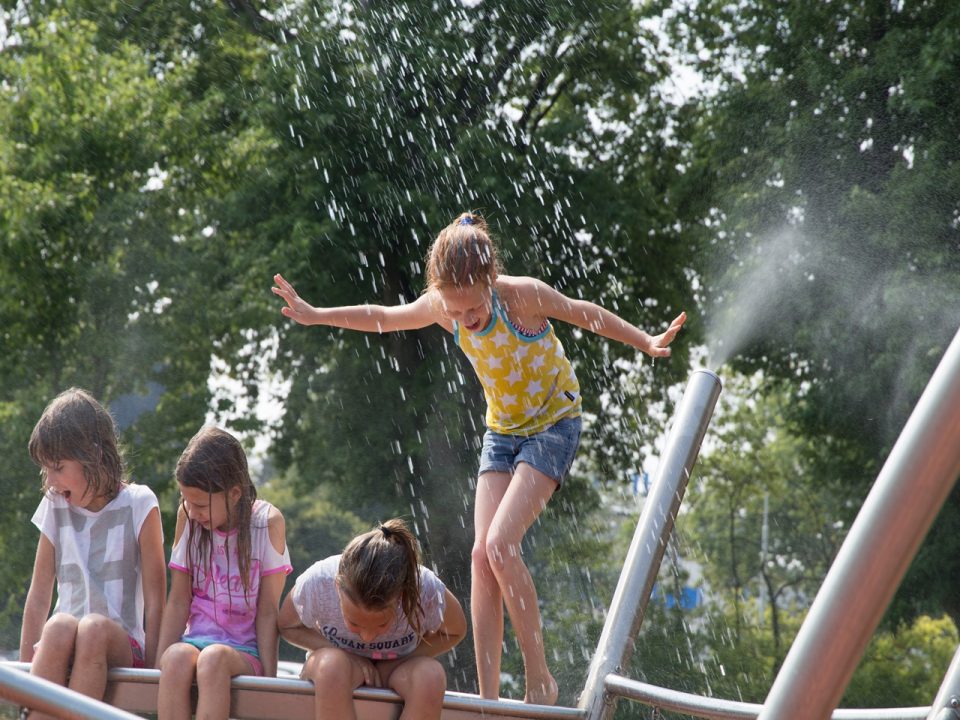 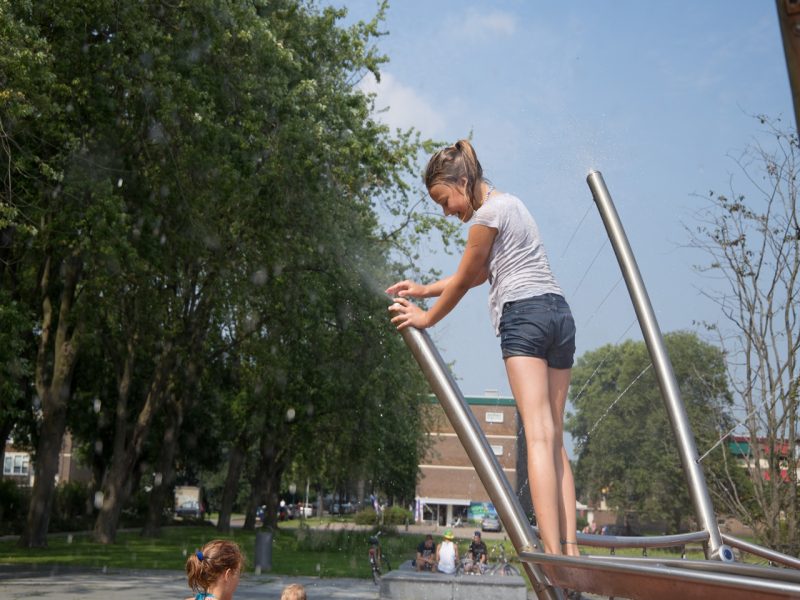 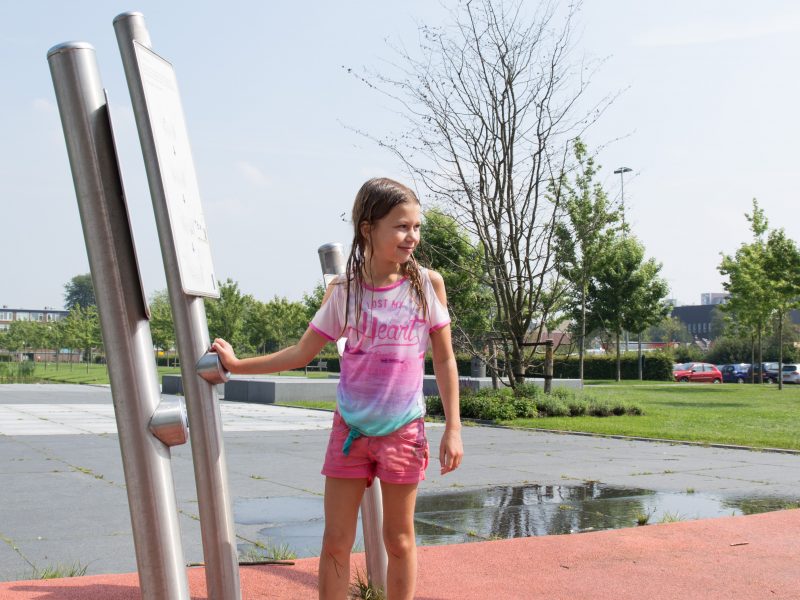 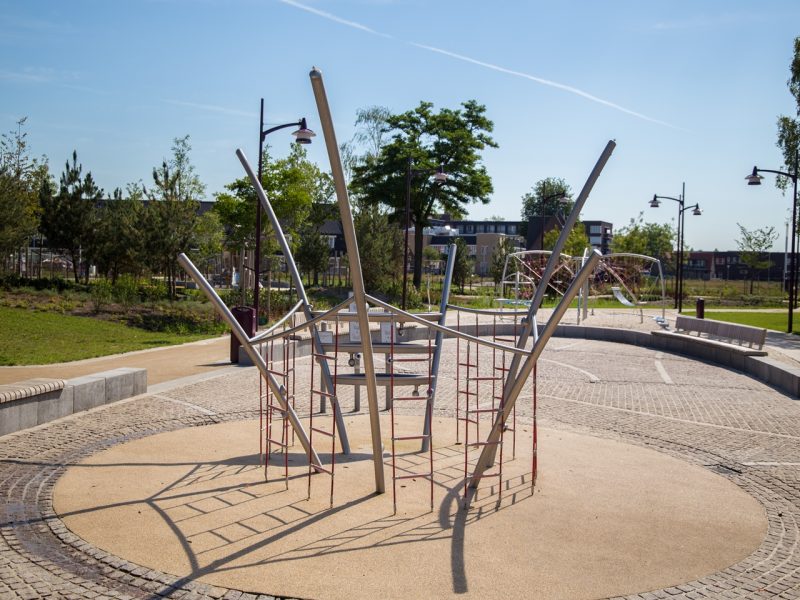 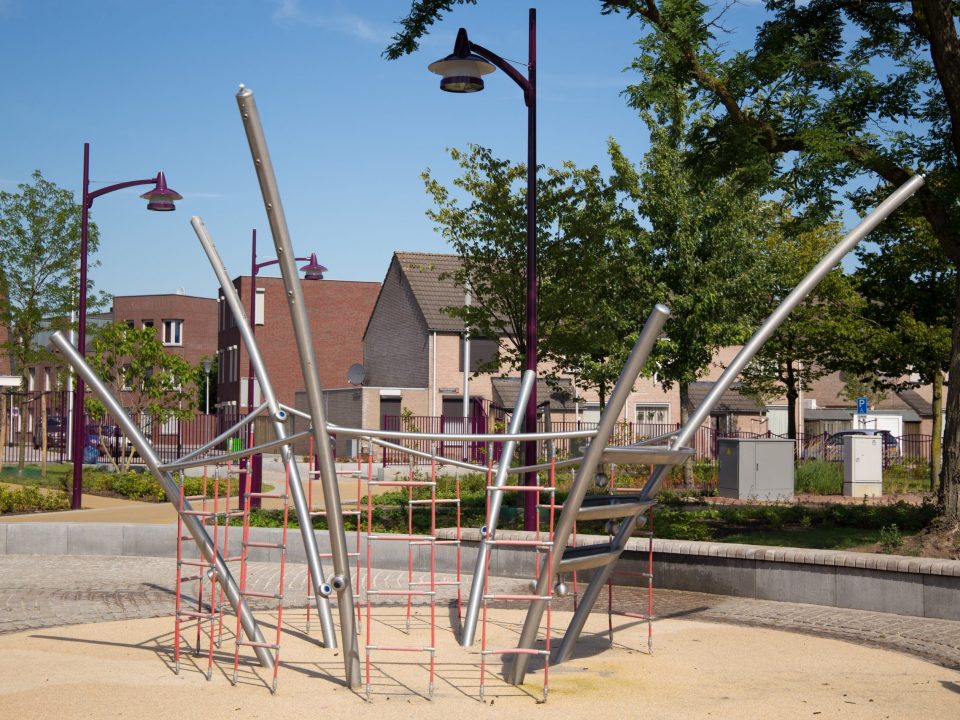 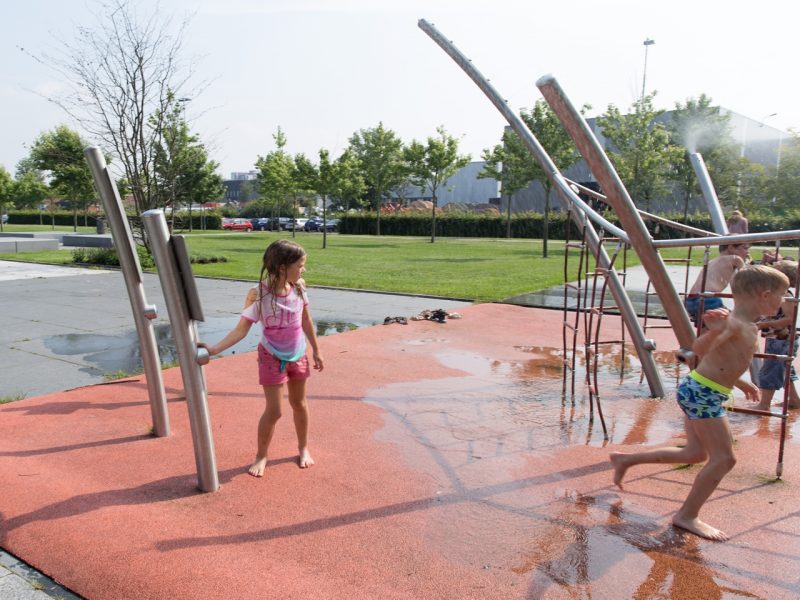 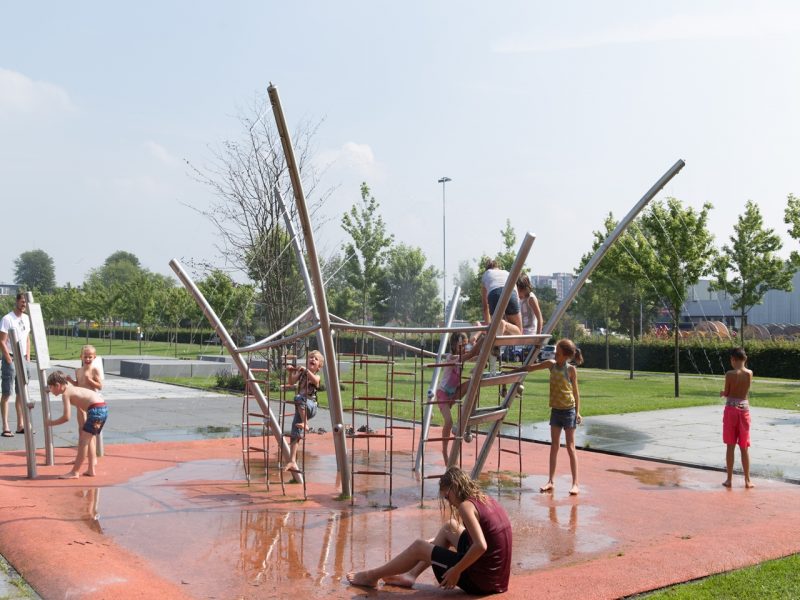 Children are guaranteed hours of fun with Splash, because once they hit the buttons on the water unit or press on the adjacent consoles, water comes spraying, splashing or bubbling from various pipes or special shower heads. The Splash is safe for smaller children because the water continuously drains away.

The Plons is a large interactive water play unit that consists of water, push buttons and light elements controlled by a computer. In addition, the computer controls functions such as automatic shutdown of the water unit in bad weather and flushing out the pipes. The computer also controls three different games – connected to three separate consoles next to the water unit. The Plons is also safe for smaller children, because water drains immediately.
Play elements: climbing nets, water troughs, shower heads and illuminated push buttons on/next to the water play unit. The Plons is standard equipped with red climbing ladders. The steps are covered with EPDM rubber and the sides of the lader are made of rope.

Price on request
Request an offer

Benefits of the Plons:

We are happy to help you

Our specialists will be happy to show you the possibilities and provide you with tailor-made advice. 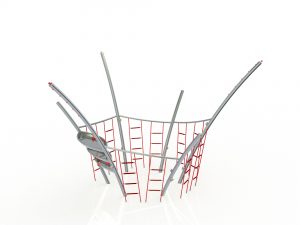 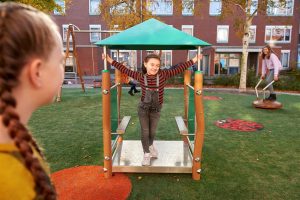 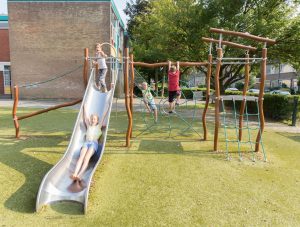 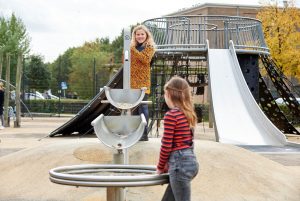 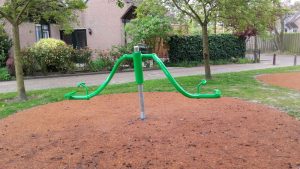 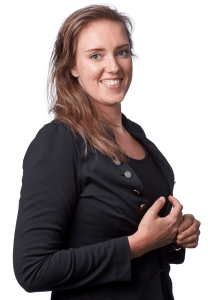